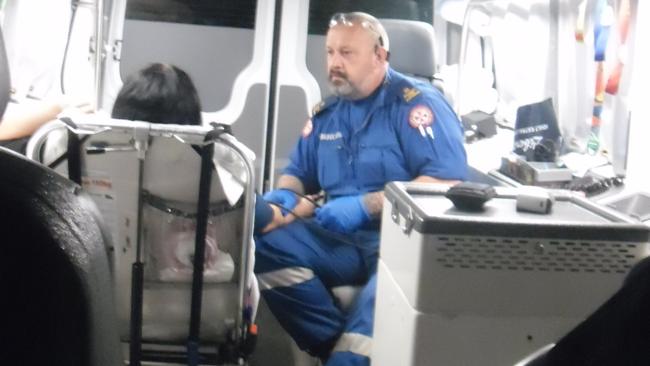 Hamuera Kohu treats a patient inside the ambulance. Source: https://www.news.com.au

HAMUERA Kohu is a station officer and intensive care paramedic in Sydney. He joined the NSW Ambulance service 1995, and has treated thousands of people over the past 18 years.

Here, he gives us his diary of a typical Saturday night shift in Sydney’s Kings Cross, from 7pm until 7am Sunday morning, and answers questions about his job.

“(It was) a relatively quiet night due to adverse weather conditions, only allocated 11 cases. (I was) diverted from three of those to a more serious case. A normal case load for Saturday night would average about 15 case interactions.

• 2210hrs Male post epileptic seizure. Patient is still confused on arrival of paramedics, and is transported to hospital.

• 0020hrs Intoxicated/drug-affected male patient, attended on the scene at a popular nightclub, after club staff raised concern for his welfare. Patient emphatically refuses treatment and transport. Satisfies capacity and competency requirements for informed decision making and after a lengthy discussion elects to not be treated or transported to hospital against paramedic advice.

• 0225hrs Serious assault/decreased level of consciousness. Male patient punched and kicked in the head and face. Ambulance waved down by bystanders who witnessed event and provided first aid. Bystanders state that the male was unconscious and unresponsive for several minutes after assault. Patient denies events happened. A police rescue officer drives the ambulance to hospital allowing both paramedics to assess and treat the patient en route. Extensive clean up needed.

• 0446hrs Police have concern for welfare of patient after patient banged head repeatedly against wall of caged truck. Patient was calm, reasonable and able to satisfy capacity and competency requirements to make an informed decision and refused treatment and transport. Patient left in police care. 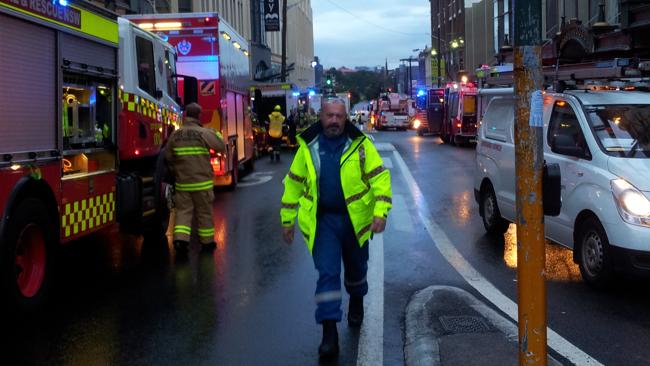 “I enjoy coming to work, it’s great. I can’t wait to get out the door, get to work and enjoy every minute that I’m there,” he said.

“I have a military background and you have an esprit de corps (morale). The ambulance service has that esprit de corps as well. Your colleagues are sharing experiences that a lot of people can’t share.”

“People work towards a common cause. For me, that’s a lot of it, the fact that you’re helping people in times of stress, some of the most significant events of their lives in some cases. Even if you have a negative outcome you have the ability to affect some significant positives. All it is just helping, lending a helping hand.”

What is a typical week?

Mr Kohu works a rotating roster known as a “four by five” where paramedics average 38 hours per week over 10 weeks. The shifts are 12 hours long with a typical pattern involving two days, two nights and then five days off.

“The five days allow you quality of life. If you did this everyday it would take more toll. If you have that long time off, it allows you to get back to normal.”

What kind of people join the ambulance service?

Mr Kohu said the service had a huge range of people in it, with some 40-year veterans and other younger members who have recently graduated, all of whom gain a huge body of knowledge in the job.

“When I joined you went through a three-year process and trained primarily on the job, whereas now we’re moving towards university-based education. We’re getting a younger workforce, there’s a particular type of person that comes into it. They’re generally giving of themselves, quite intelligent, they can turn their hands to many things. Mechanics and electricians make great paramedics.”

He said he loves the ability to help people in a time of stress.

“It doesn’t matter whether it’s just a cut finger or a leg ripped off, it’s the same thing. This person is experiencing some sort of stress either physical or mentally. You have the ability to go in and help them. Our job is to preserve life, we prevent the injury from becoming worse and we promote recovery. That’s what we do and that’s why I like it. We can stop negatives and help turn them into positives.” 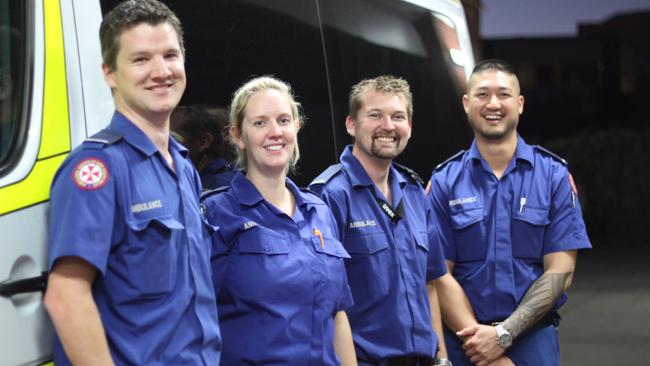 What is the hardest part of the job?

“Everybody is affected in different ways. Everybody will talk to you about children. Seeing a sick child is one of the most harrowing things you could experience. A sick child is bad but a dead child is pretty much as low as you will go. Even if there is an expectation it rips your heart out. We don’t like dealing with those because those are the things that will affect us.”

“Most people think about blood and physical signs of injury, but you can you can stop that and promote recovery. But children, they get you.”

How do you deal with stress?

Mr Kohu said there are lots of ways to deal with stress, from talking with workmates to using internal support services.

“There’re quite a few mechanisms you can use. In the five days off you can reset, If you have a big job you can talk about it with your peers. There are very few people out there who will allow their colleague to go off knowing they’ve been affected.”

“Ambos are renowned for having a black sense of humour, a normal person would think it’s quite macabre but it’s one of the things we have because in the darkness you look for any light. We support each other. You work generally as a pair and we support each other.”

“People will talk to one another and talking about it makes it better in many places. We have trained peer support officers in our ranks. You can seek them out and it’s private and confidential or they can seek you out. You have access to multiple layers of psychological support for the things we do. Getting people do access those and recognise it can be part of the problem.”

What is a typical salary?

The base salary ranges between $50,000 and $73,000 with shift penalties that can add up to a third on to the basic wage, according to Mr Kohu.

“I generally tell them that this is the best job in the world. Where else as a trainee can you get a Mercedes company car? If someone is asking they’re already making the connection they want to help someone.

“It’s hard, there’s no doubt about that. It will take a toll mentally and physically. I personally think I’m living the Australian dream. A job that pays me reasonable money, a job I love going to. The hours afford me a reasonable quality of life. The rewards are the results of your work and you will see those immediately.”

What is your career journey?